More on the topic of
Culture

Western civilization is said to be the most powerful civilization the world has ever seen, because of its truly global impact. But two things are now obvious. The West has dominated the world for the past 500 years, and a mounting chorus of voices are now saying the West is in decline. Not only is the Christian faith at the heart of the understanding of this ‘civilizational moment, but the crisis of the West is the wider context in which we need to understand the present challenges within America. 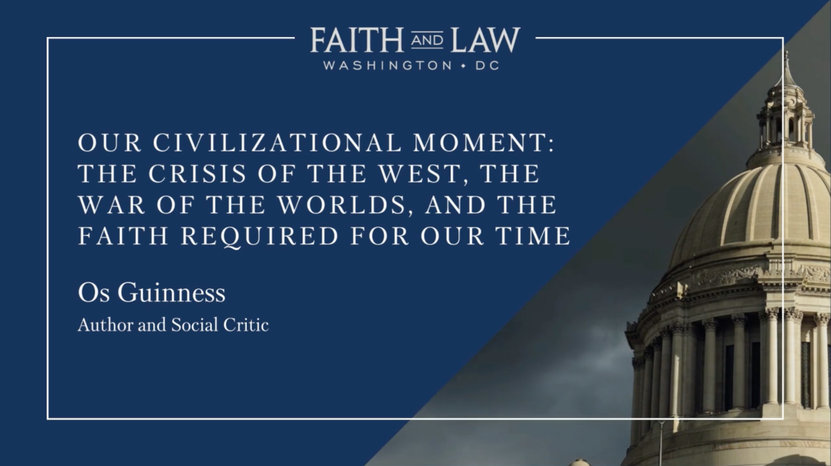 Os has written or edited more than thirty books, including The Call, Time for Truth, Unspeakable, A Free People’s Suicide, The Global Public Square, Last Call for Liberty, Carpe Diem Redeemed, and The Magna Carta of Humanity. His latest book is The Great Quest: Invitation to the Examined Life and a Sure Path to Meaning, published in 2022.

Since moving to the United States in 1984, Os has been a Guest Scholar at the Woodrow Wilson Center for International Studies, a Guest Scholar and Visiting Fellow at the Brookings Institution, and Senior Fellow at the Trinity Forum and the EastWest Institute in New York. He was the lead drafter of the Williamsburg Charter in 1988, a celebration of the bicentennial of the US Constitution, and later of “The Global Charter of Conscience,” which was published at the European Union Parliament in 2012. Os has spoken at many of the world’s major universities, and spoken widely to political and business conferences across the world. He lives with his wife Jenny in the Washington DC area.

More on the topic of
Culture