For much of American history, our country had no formally established church but it did have a soft religious establishment -- Protestant at first and then Judeo-Christian -- that shaped and grounded our national debates. In the 1960s and 1970s, the collapse of the Protestant Mainline dissolved that center, and our culture wars should be understood as the attempts by different forces to fill that void. Even in a supposedly secularized society, our conflicts remain religious, reflecting a quest for a moral and metaphysical consensus that, for now, eludes our grasp. 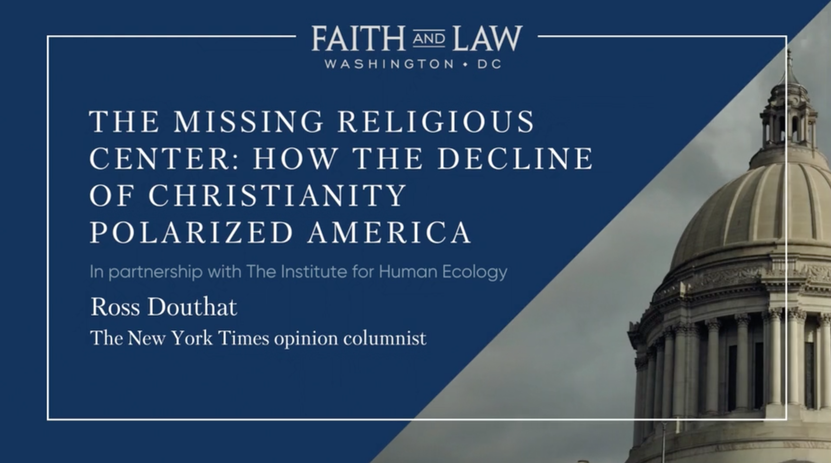 Ross Douthat joined The New York Times as an Opinion columnist in April 2009. His column appears every Tuesday and Sunday. Previously, he was a senior editor at The Atlantic and a blogger on its website.

A prolific writer, Mr. Douthat has also written for The Atlantic and National Review and has been published widely in the popular press. He is the author of five books: “The Decadent Society: How We Became the Victims of Our Own Success” (Simon & Schuster, 2020); “To Change the Church: Pope Francis and the Future of Catholicism” (Simon & Schuster, 2018); “Bad Religion: How We Became a Nation of Heretics” (Simon & Schuster, 2012); “Grand New Party: How Republicans Can Win the Working Class and Save the American Dream” (Doubleday, 2008), which he coauthored with Reihan Salam; and “Privilege: Harvard and the Education of the Ruling Class” (Hyperion Books, 2005).

He has a BA in history from Harvard University.