Communism is perhaps the greatest threat humanity has ever faced. It has murdered more innocent people than any political system in history and has imprisoned millions more. In the last century, it threatened to engulf the world, but even today it controls the world's largest nation and threatens to spread.

Dr. William Saunders of the IHE and Dr. Lee Edwards who founded the Victims of Communism Museum to discussed the lessons we can learn from resistance to communism in the past in order to confront and defeat it in the present. 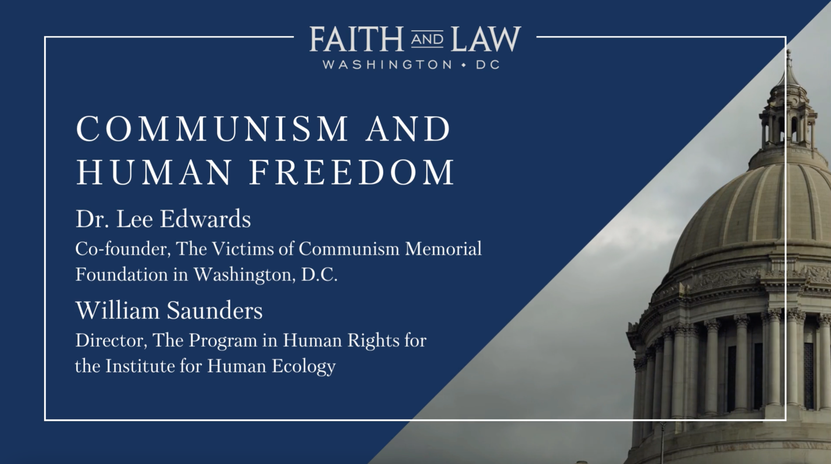 Dr. Lee Edwards is adjunct professor of politics at the Catholic University of America and co-founder of the Victims of Communism Memorial Foundation in Washington, D.C.

His books include biographies of Ronald Reagan, Barry Goldwater, William F. Buckley, Jr. and Edwin Meese III as well as histories of The Heritage Foundation and the American conservative movement. His most recent works include “A Brief History of the Cold War” (2016), written with Elizabeth Edwards Spalding, and his autobiography, “Just Right: A Life in Pursuit of Liberty” (2017).

Edwards received a doctorate in world politics from Catholic University as well as a doctor of humane letters degree from Grove City College. He did graduate work at the Sorbonne in Paris. He holds a bachelor of arts degree in English from Duke University.