Jul 15 Child Care: Should the Government Pay for It? RSVP

More on the topic of
Covid-19 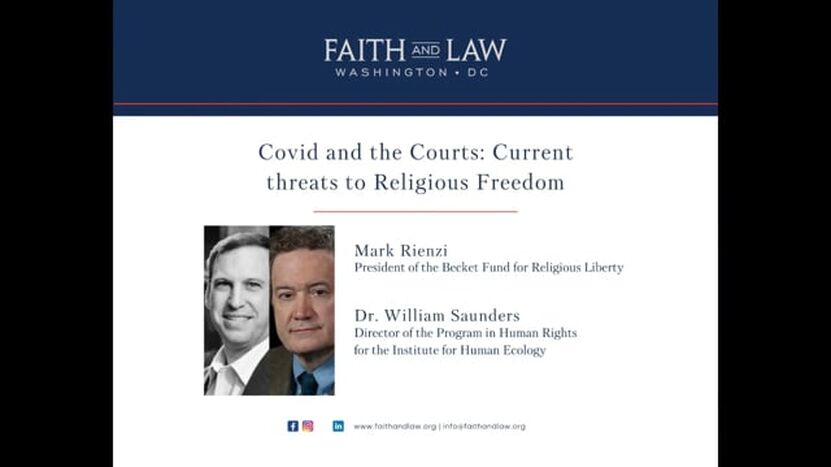 Mark Rienzi is Professor at The Catholic University of America, Columbus School of Law, and President of the Becket Fund for Religious Liberty. Mark teaches constitutional law, religious liberty, torts, and evidence. He has been voted Teacher of the Year three years in a row, and he is widely published, including in the Harvard Law Review. He is Director of the Center for Religious Liberty at the Columbus School of Law.

William Saunders is a graduate of the Harvard Law School, who has been involved in issues of public policy, law and ethics for thirty years. A regular columnist for the National Catholic Bioethics Quarterly, Mr. Saunders has written and spoken widely on these topics. He is the Director of the Program in Human Rights for the Institute for Human Ecology at The Catholic University of America. (For information about his innovative Master of Arts in Human Rights, go to mahumanrights.com) Saunders works closely with Chinese dissident and CUA Distinguished Fellow, Chen Guangcheng, on human rights issues, and he is co-director of the Center for Religious Liberty at the Columbus School of Law.

More on the topic of
Covid-19