Never have U.S. atrocity determinations, which are uncommon to begin with, happened against a country as wealthy and powerful as China, lead by the CCP (Chinese Communist Party). This bold justice initiative is galvanizing those around the world to rally against the atrocities taking place in Xinjiang Province.

Background reading on this topic: 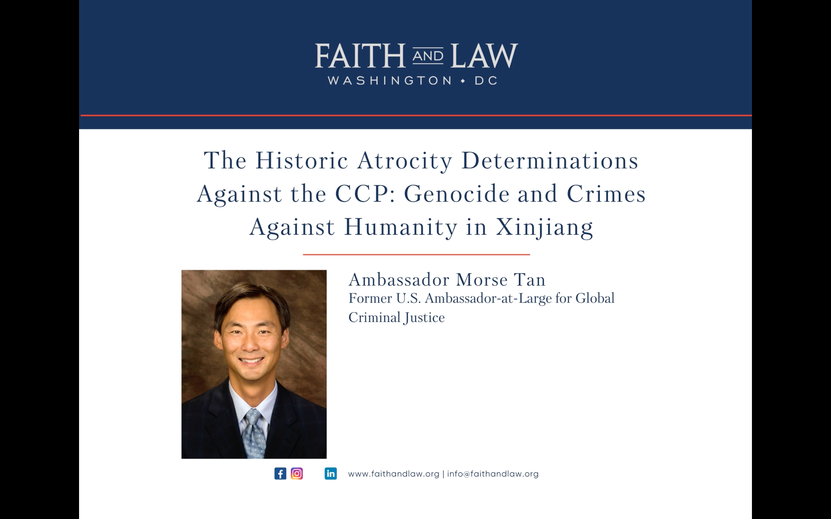 Ambassador Morse Tan served as the U.S. Ambassador-at-Large for Global Criminal Justice, the top position in the federal government regarding mass atrocity crimes: genocide, crimes against humanity and war crimes. As such, he led the efforts for the crimes against humanity legal determination and the genocide policy determination against the Chinese Communist Party, called "the single most important U.S. human rights measure of the past four years" (in First Things). Previously, he served as the youngest full professor of law at his institution, having published extensively, including the critically acclaimed book: "North Korea, International Law and the Dual Crises" (Routledge).