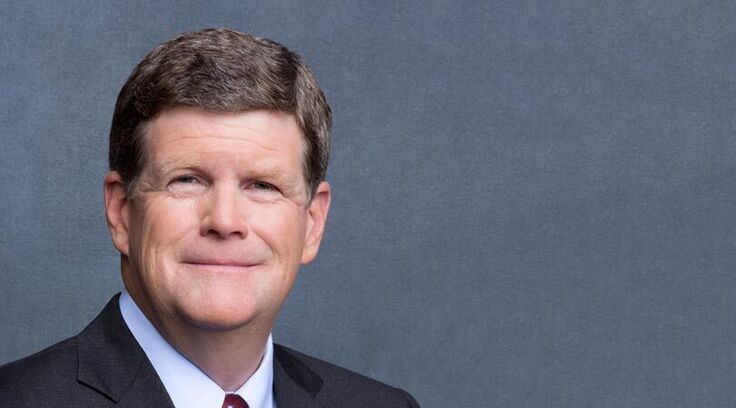 The Honorable Paul J. McNulty ’80 is the ninth president of Grove City College. Prior to returning to his alma mater, McNulty spent over 30 years in Washington, D.C., as an attorney in public service and private practice. McNulty also co-founded Faith and Law in 1983 while working on Capitol Hill.

In 2005, the United States Senate unanimously confirmed McNulty to the position of Deputy Attorney General, the second in command at the U.S. Department of Justice and the Chief Operating Officer of the department’s 100,000 employees. He also served from 2001 to 2005 as the U.S. Attorney for the Eastern District of Virginia and was a leader in our nation’s response to the terrorist attacks of September 11.

From 2007 to 2014, McNulty led the global corporate compliance and investigations practice for Baker & McKenzie, one of the world’s largest law firms. McNulty has been recognized for his expertise in business ethics, corporate governance, and internal investigations, including being named by Ethisphere magazine as one of the “100 Most Influential People in Business Ethics” for the past two years.

McNulty received Grove City College’s Alumni Achievement Award in 1998 and an honorary doctorate in 2007. From 2004 to 2014, he served on the College’s Board of Trustees and chaired the Enrollment and Student Affairs Committee. In 2003, he was awarded an honorary Doctor of Laws degree (LLD) from Capital University School of Law where he received his juris doctorate degree in 1983. He served for 28 years as an elder in McLean and New Hope Presbyterian churches.

McNulty met his wife Brenda (Millican ’80) at Grove City College. They were blessed with four children and now also have two sons-in-law and three grandchildren.